Nestled at the foothills of the Brokenback Range in the shadow of the majestic Yellow Rock escarpment, Broke Fordwich has a rural charm and is the perfect destination for a relaxing retreat. The hamlet is peppered with boutique and biodynamic vineyards, olive groves, restaurants and cosy accommodation.

The Wonnarua ‘people of the hills and plains’ were the first inhabitants of this Valley and their history dates around 30,000 years ago. The Baiame cave at the end of Milbrodale Rd has a 10,000-year-old cave painting of Baiame ‘the creator of all’.

About that name: The town of Broke was founded in 1830 by Major Thomas Mitchell. Mitchell named the town in honor of his fellow Napoleonic War Veteran, Sir Charles Broke-Vere.

The Broke Fordwich Subregion is tucked between the Upper Hunter Valley to the northwest and Pokolbin to the east. It geographic boundaries follow the catchment of Wollombi Brook (a tributary of the Hunter River), which flows from its source in the Brokenback Mountains/Great Dividing Range north through the towns of Broke and Fordwich.

Vineyards were first planted here in the 1830’s qualifying the Hunter Valley as Australia’s oldest (continuous) wine region. Vines were brought to Australia by new settlers including James Busby who collected cuttings from many of Europe’s finest vineyard regions on behalf of the new colony. They made their way to the Hunter with Semillon and Shiraz widely planted.

Broke Fordwich became an official Geographical Indication in 1997. The basis for the boundaries include its unique soil, the climate-calming effects of the Wollombi Brook, and the rain shadow provided by the Brokenback Mountain Range which hugs (and partially encircles) the area to the west and south.

The Fordwich Sill, a stretch of red weathered volcanic clay running through the area, is one of the unique soil features of Broke Fordwich. This basalt- and iron-rich soil absorbs moisture quickly and releases it slowly; an excellent feature for this dry area that sits at a balmy 32.5 degrees south latitude. The red soils of the Fordwich Sill are ideal for red grape varietals and tend to produce grapes that are made into rich, soft-style wines. Other soils in the area include free-draining alluvial soils (heavy on the sand), which is widely planted to the area’s well-known Semillon and other white grapes. 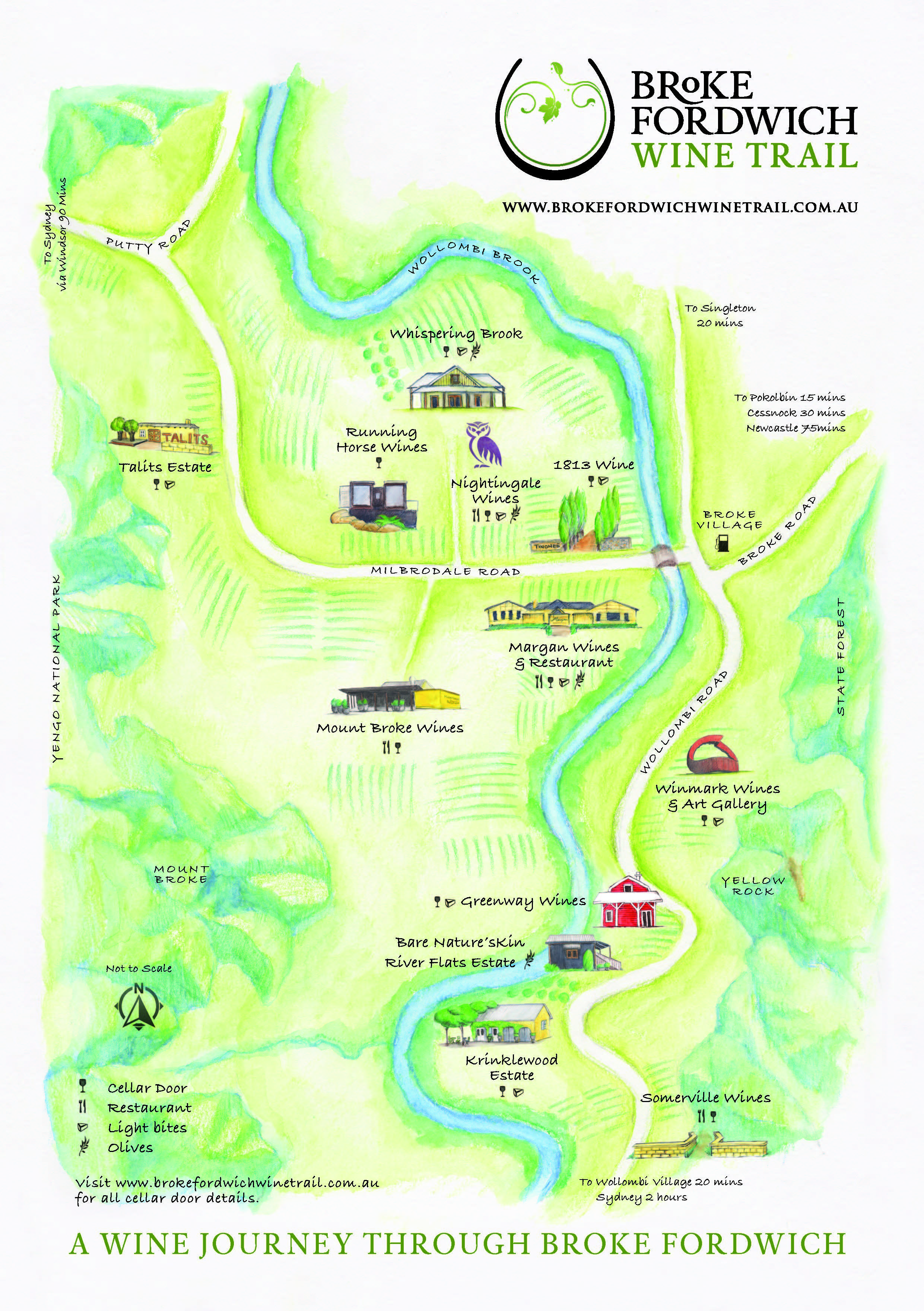